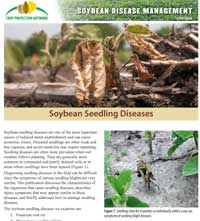 Seedling health can be compromised by plant pathogenic fungi that cause seed rot, seedling death, and root decay. Seedling-infecting fungi are common in soybean fields.

Poor stands may be the first indication of a pathogen problem. Damping-off, or seedling blight, is a general name for infections that occur underground or at the soil surface, toppling the seedlings at the base.

Diseased seedlings are often weak and less vigorous, and severe stand loss may require replanting. Seedling diseases are often more prevalent when wet weather follows planting. They are generally more common in compacted and poorly drained soils or in areas where seedlings have been injured.


Phytophthora sojae, several species of Pythium fungi, and Rhizoctonia solani are the most important seedling pathogens in the north-central states. Plant pathologists at Iowa State University have found that Pythium, Phytophthora, and Rhizoctonia account for nearly 90% of disease-related stand reduction problems in Iowa.

Other plant pathogens actively invade plants from growth stages VE to V4 as well, including Fusarium spp., Mycoleptodiscus terrestris, Macrophomina phaseolina (charcoal rot), Fusarium verguliforme (sudden death syndrome), and Phialophora gregata (brown stem rot). Seedling infection by these pathogens may cause chronic symptoms, or the infection can remain latent and cause premature decline of foliage and stems later in the growing season.


Plant health assessment is important in the seedling stage


Frequently, seedling health is ignored because plant populations are acceptable and stem and leaves do not express symptoms during early vegetative growth. However, notes taken about plant health in the seedling phase can be used to make adjustments in crop management in subsequent years, and may help diagnose symptoms or explain less-than-anticipated yield later in the season. 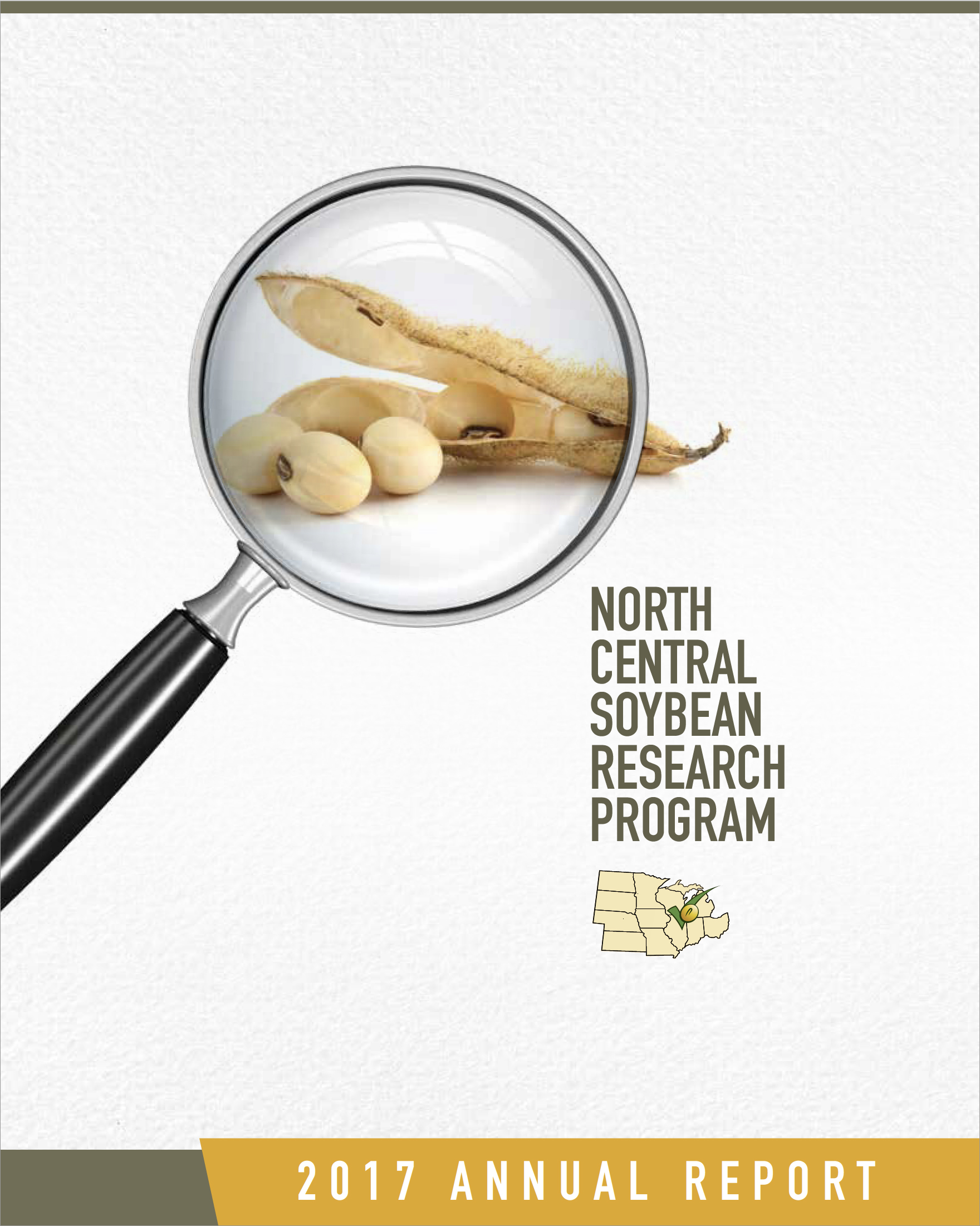