White mycelium covering a soybean stem is a diagnostic sign of white mold. Click on image to view a larger version.

White mold is a significant disease problem of soybean in the north-central region. The incidence and severity of white mold varies from year to year because of its sensitivity to weather conditions. Cool, moist conditions at the time of flowering is most conducive to the development of white mold.

White mold is caused by the soil fungus, Sclerotinia sclerotiorum. It is easily distinguished from most other soybean diseases by the presence of white cottony mycelia (moldy growth) and sclerotia on infected plant tissues. 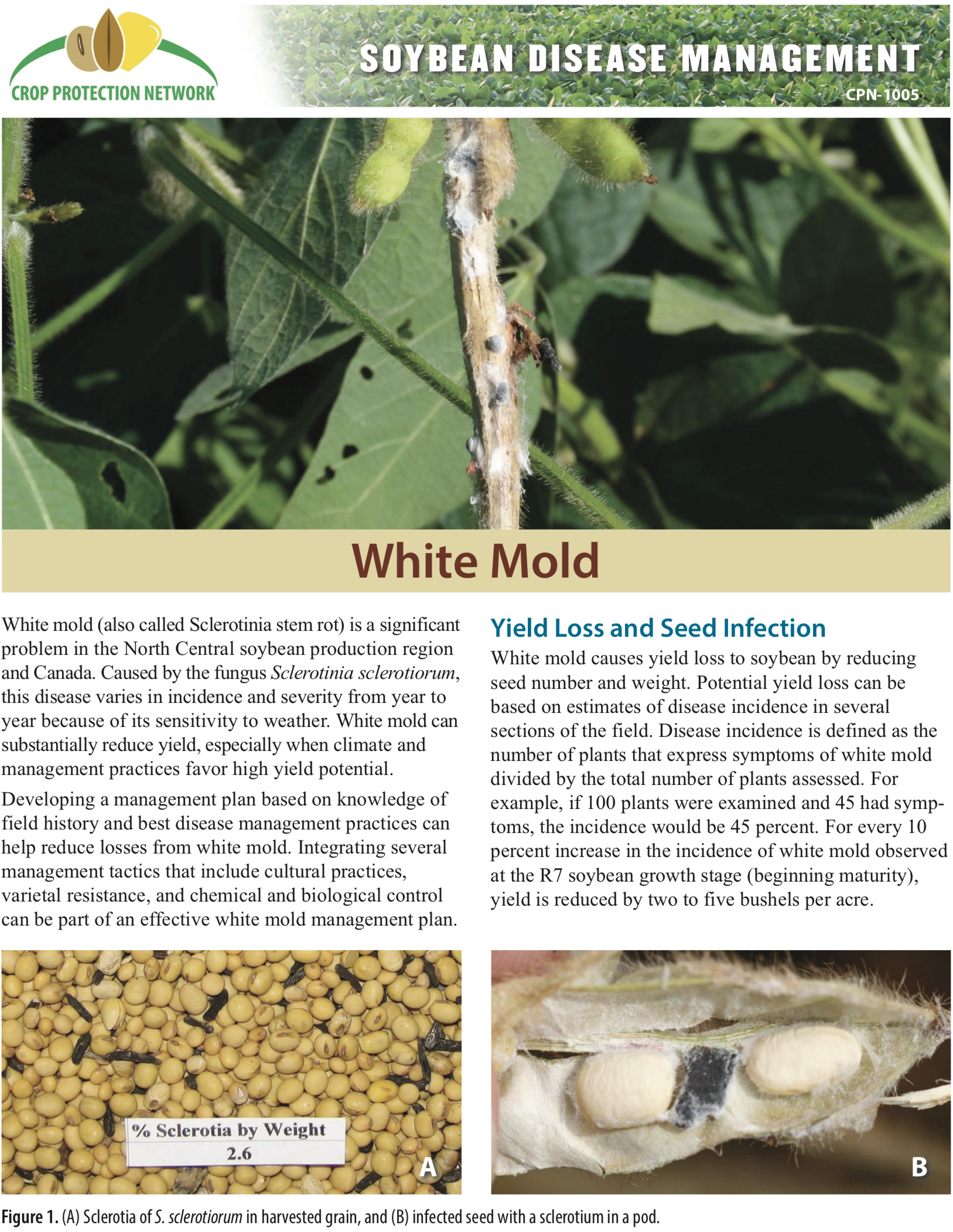 White mold was discovered in central Illinois in 1948. Although it eventually became a chronic problem in Michigan, Minnesota, and Wisconsin, outbreaks were localized, and occurred where soybeans were grown in rotation with other susceptible crops.

Beginning in 1990, however, the occurrence of white mold became more widespread in the Great Lake states, and by 1992 was prevalent throughout all the north-central states.